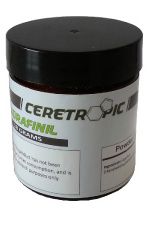 Hydrafinil (Fluorenol) is an unregulated research chemical originally synthesized by Cephalon Pharmaceuticals (now owned by Teva) as a eugeroic (wakefulness-promoting agent).  After its synthesis, fluorenol was one of several agents to be considered as a hypothetical successor to the popularized and FDA-approved drug, Provigil (Modafinil).  Comparative data from animal trials indicated that fluorenol exhibited ~39% greater eugeroic efficacy than modafinil over a short-term (4 hour) span.

It is unknown exactly what the effects of hydrafinil are in a majority of human users.  That said, it is believed to increase wakefulness and vigilance.  Anecdotal reports indicate that it may be less stimulating than modafinil, but superior in regards to promoting wakefulness.  Furthermore, it may improve mood to a slight extent as a result of serotonergic effects.

Hydrafinil: Who's tried it? How does it compare to Adrafinil or Modafinil? Effects?