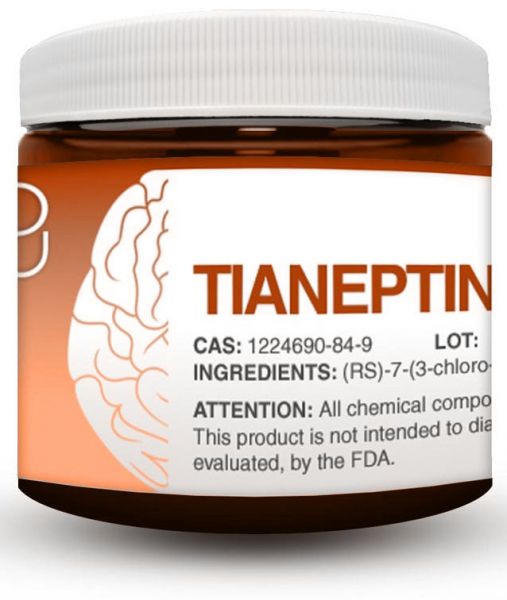 Regularly used as an anti-depression drug, as it is considered to be very efficient at treating major depression. Publicly it is being sold under a few different brand names, such as Stablon, Coaxil, Tatinol.
Tianeptine was first discovered in France in the 60s of the last century. The problem with this was that the research was mainly in French, so English-only speaking scientists and pharmacologists had no access to this drug. Later on, all of the research was translated and it's now completely available to the world. Regularly used in France, as well as the rest of Europe, although it's not used as much in the U.S.
Tianeptine is a SSRE, which increases the user's ability to re-uptake and re-absorb Serotonin. While it may seem controversial, this is indeed one of the best ways to resolve depression, since in its essence, the body views depression as a deficiency of Serotonin.
Through this specific action mechanism, tianeptine enables the brain to restore nominal levels of Serotonin and enables the user to feel balanced and blissful. It is currently sold as a drug that is capable of reducing stress and anxiety, as well as one that offers neuroprotection for the brain cells. Generally users report pleasant feelings, mental clarity and satisfaction.

Does anyone know of a prescription drug that could replace or is similar to Tianeptine?

Does anyone know of a prescription drug that could replace ...

Has anyone on here tried Tianeptine? If you have, have ...

experience: effects of Tianeptine at a high dose

So I was taking high doses of Tianeptine for over ...

Does Tianeptine need to be taken with food?

Does Tianeptine need to be taken with good or something, ...