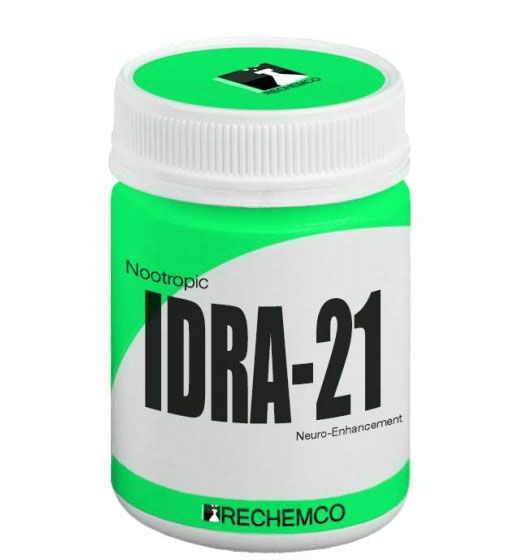 The nootropic family regularly gets newcomers, as research is happening all the time. One of the latest drugs to become publically available is IDRA-21, which is an ampakine. These with their activating effect of the AMPA receptors.
Their nootropic capabilities are actively being researched in labs across the world, mainly in hopes to create solutions for cognitive deficiencies, but also to improve the effectiveness of people working in high-stress environments. DARPA, an organization in the USA utilizes these compounds to increase the capabilities of soldiers on the field, which often go long periods of time without sleep.
IDRA-21 only recently became available for the public. This drug has been experimentally researched and it's being utilized regularly by the army, so this is good news, mainly because we can utilize the long lasting positive effects that come with the use of IDRA-21.substances are responsible for the operation of attention spans and positively affect learning
IDRA-21: What is it?
By the book, IDRA-21 is something that we can call an ampakine, but we already said this. It is created as a derivative of benzothiadiazine, and it's considered to belong to a class of drugs called diuretics. While mostly used to prevent the failure of organs during surgery, IDRA-21 is very different from the regular diuretic. It is closely related to aniracetam, which is another well known ampakine. IDRA-21 is much stronger than aniracetam though.
When considering nootropic usage, IDRA-21 has performed very well in clinical research. It has the ability to improve cognition, without any negative side effects. Regardless of this previous statement, IDRA-21 is still a relatively new substance that only recently became available for the public. It is safe to say that patience is key in the matters of body and mind, so we advise waiting out for more research and user reports to be released online, before dedicating yourself to the decision to use IDRA-21.